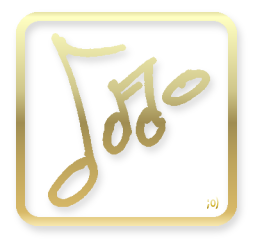 I'd been trying to get the bloody four-track (a nasty old thing that once cost me a tenner) to speak to the computer (similar specs) for literally hours. This was way back, when sound cards had big fat colourful components and built-in amplifiers.

More visitors, family. And I really wasn't up for that, busy. When they left, I did something, I can't remember exactly what, and it just worked, at last. Something to do with drivers. Like I say, it was a few years ago.

The triumph! MamaMama! There it was! CoolEdit's VU bar jumping up and down as I tapped the mic. Good enough; I grabbed my guitar, hit record, and this is what came out. You set the levels and quality and stuff before you record, okay, I know that now, of course, and though it surely stands as the worst direct-to-disk recording ever made, there's something deeply magical about the piece. I still have the original WAV, but really, it's almost as poor, technically speaking.

Technically speaking, the DC Bias is right off the scale, it's heavily clipped, badly distorted, and at a fairly low bitrate, to boot. Och, it's probably still better than some old wax recording from the turn of the last century, but not a lot.

Musically speaking, where to begin? For years I had a deep distaste of major chords and standard progressions, and though I still feel most at home using two or maybe three strings of a guitar - and rarely composing a fourth or fifth! - I have come to realize that these simple things, the musical octave itself is a gift from nature, and these progressions, common sequences and arrangements of chords and melodies serve valuable purposes.

MamaMama lands squarely in the middle of this learning, and I can hear myself, throughout the piece, struggling to break away from the muses. But I am helpless slave, and it all comes out; the madness, the family, their thoughts and thoughts of me, and mine of them. I'm refering to the wider family of mankind now, though they didn't all visit that day, it felt like it.

Since switching hosts (I hope you are alright, Ed! Wherever you are …) quite a few things seems to be wonky.

Juggling two energetic boys (of very different ages) on Coronavirus lockdown, I'm unlikely to have them all fixed any time soon. Mail me! to prioritise!